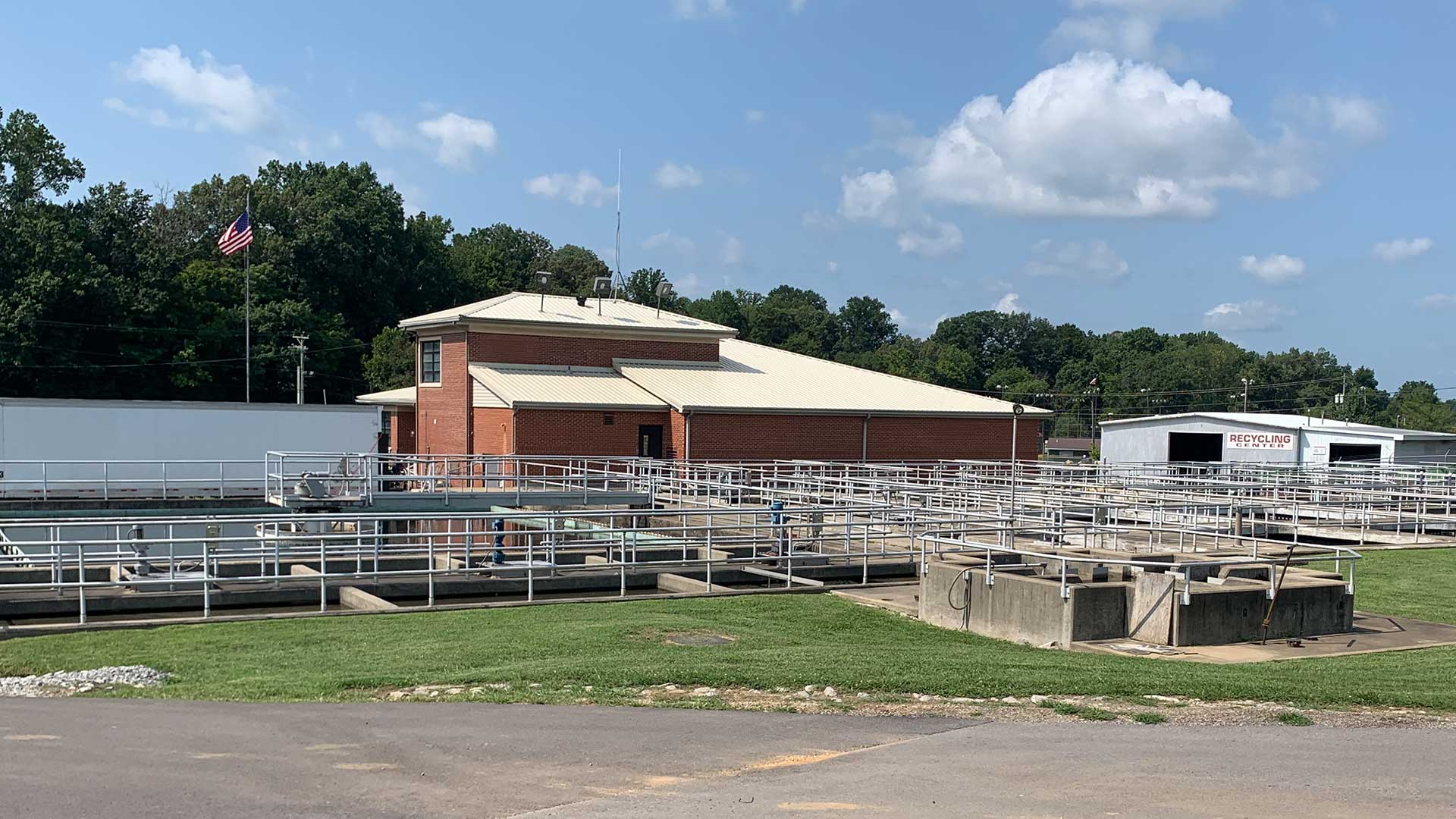 The Campbellsville Municipal Water Treatment plant (WTP) is designed to produce 9.0 MGD (million gallons per day) of potable water suitable for domestic, commercial and industrial use.

The current water treatment plant was built in 1952 and has received improved modifications in 1962, 1979 and 1998. Ongoing operations are financed with fees paid by the users of the system based on the amount of water they use each month.

Raw water is first treated by the addition of Powdered Activated Carbon to absorb compounds that will form disinfection by-products when they come in contact with chlorine. Coagulants are used to remove impurities in the settling basins. These impurities are removed from the bottom of the basin and discharged to the sewer system. Sodium Hypochlorite (chlorine bleach) is added to remove bacteria and inactivate viruses prior to filtration. The water is filtered through a mixed media filter consisting of charcoal, sand and gravel to further remove impurities. Additional Sodium Hypochlorite (chlorine bleach) is added for disinfection. Fluoride is added to improve dental health. The purified water is stored on-site in clearwells for pumping into the distribution system. A phosphate blend is added before the water reaches distribution to control corrosion. Our current clearwell storage capacity is approximately 1.4 MG.The plant has two raw (untreated) water sources available for use. Our primary source or water since 1988 is the Green River Reservoir impounded in 1965 by the corps of Engineers. The Campbellsville City reservoir was impounded on Trace Fork Creek in 1952 and is used only as a backup source in case our pump station at Green River Reservoir is not in operation.